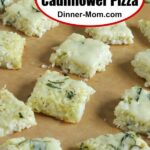 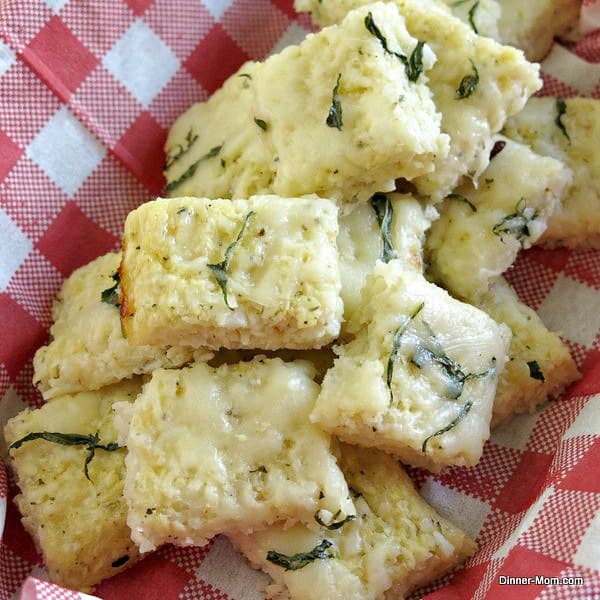 I'm sure you've heard of it. But, have you ever tried a cauliflower pizza recipe? One that has a really tasty crust?

This recipe stands up to the hype. Cauliflower rice, cheese, egg, and spices are perfectly combined to make cheesy cauliflower pizza dough that can be shaped as a circular pie or cut into little appetizer-sized mouthfuls.

No...it does not taste like a traditional crust. But, the cauliflower is transformed into a pleasantly cheesy base that is easy to pick up (at least when it's cut into little squares.) Top it any way you like...just like any other pizza!

Once you've made these pizza bites, you'll be hooked on the versatility of cauliflower. Be sure to check out curried cauliflower rice and cauliflower muffins.! Before you know it you'll be obsessed just like we are!

How to Make Cauliflower Pizza Bites or Crust

The basic ingredient for this recipe is riced cauliflower. Cook the crumbles for 3-4 minutes in the microwave until they are tender and soft. 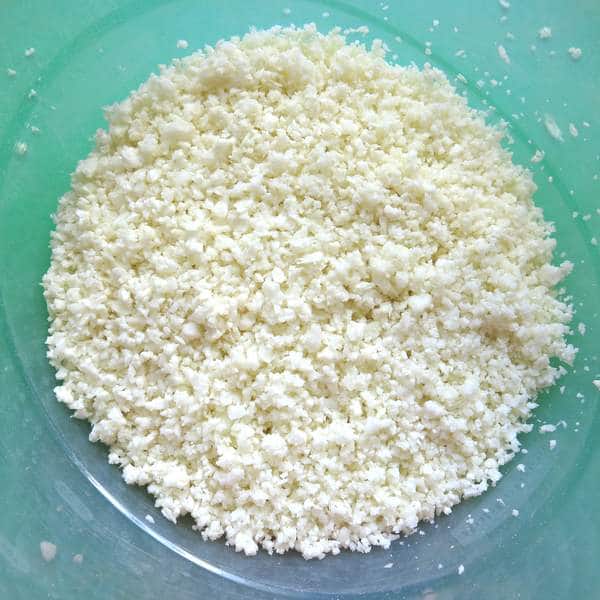 Remove cauliflower crumbles from the microwave and spread them out on a clean dish towel and allow them to cool for about 5 minutes. 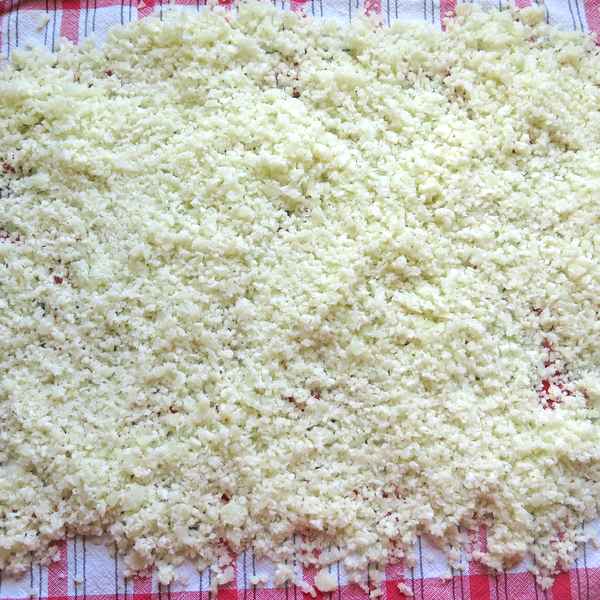 The dish towel will absorb some of the moisture, but not all of it. After the mixture has cooled, fold the sides of the towel over the rice and press out more moisture. The more moisture that is removed, the crispier the crust! So, squeezing and wringing is a good idea! 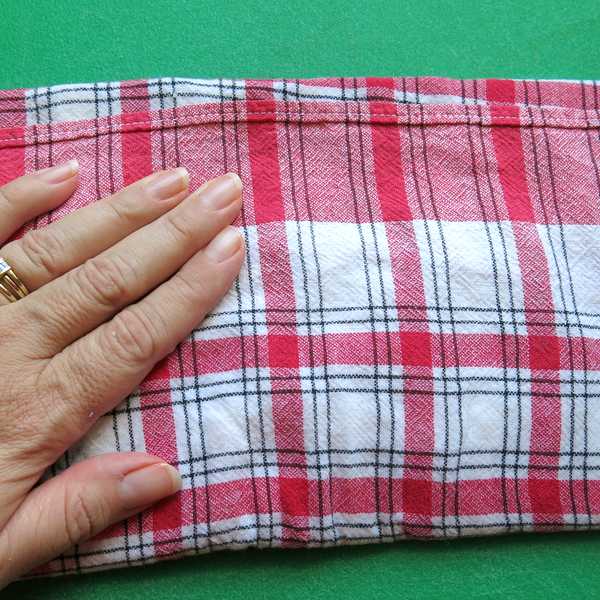 Make it vegan by using egg-replacer and vegan shreds. To make the egg replacer, combine 1 Tablespoon chia seeds and 3 Tablespoons of water. Allow the mixture to sit for about 5 minutes or until it becomes nice and sticky. For an egg-free, dairy-free crust that doesn't use substitutes, check out this recipe by Chocolate Covered Katie.

Press the mixture together to form a dough ball. It won't stick together like bread dough. But, the balls should hold their shape. We found it is easier to work with several smaller balls of dough. 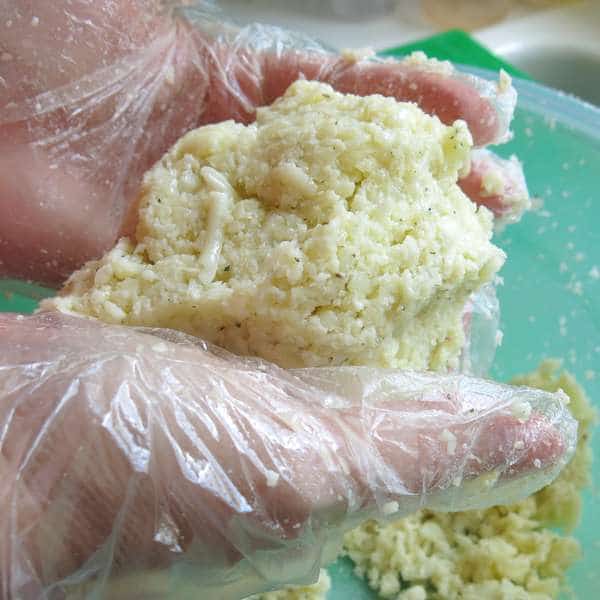 Spread the dough out on a baking sheet lined with a Silpat mat or with parchment paper sprayed to prevent sticking. A pizza stone will also work! Press the mixture into the desired shape in an even layer. This crust is a tad over ¼ inch thick. Press the surface flat and then move in the sides and then do it again, and again and again...until it has a nice flat surface that is firmly packed together. 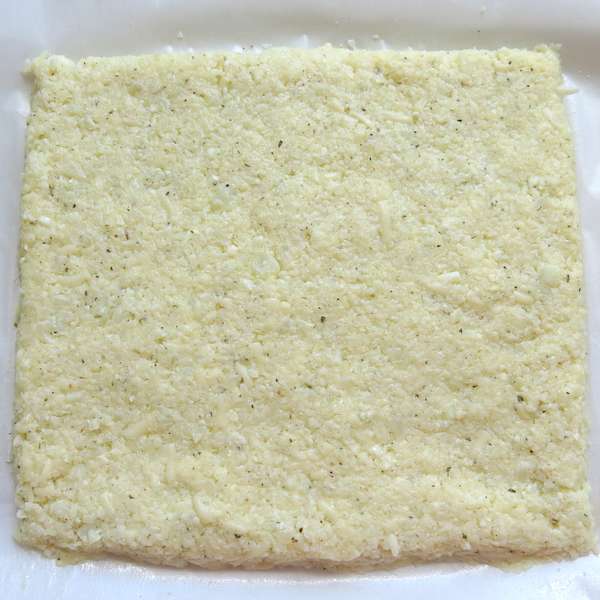 Bake the crust in a 425 degree F oven for about 8 - 10 minutes or until the bottom edges just begin to brown. Remove the crust from the oven and add your favorite toppings. Return it to oven and cook the cauliflower pizza for about 3-4 minutes more.

We topped this version with more cheese and fresh basil. Use your favorite sauces, cheese, vegetables, and proteins. 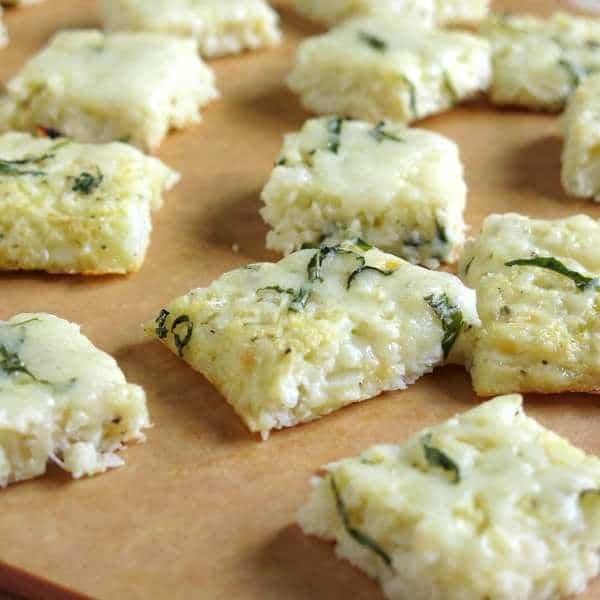 Once they have cooled a few minutes, the cheesy cauliflower pizza bites firm up nicely. And, if you don't eat them up the first day, store them in the refrigerator and reheat them in the oven the next day.

Video of How to Make Cauliflower Pizza Bites

Watch how easy they are to make!

If you love low-carb pizza, then check out spaghetti squash pizza crust and crustless zucchini pie! Want to make breadsticks instead? Check out Cheesy Cauliflower Breadsticks by Low Carb Yum!

We've got you covered on pizza night. 🙂 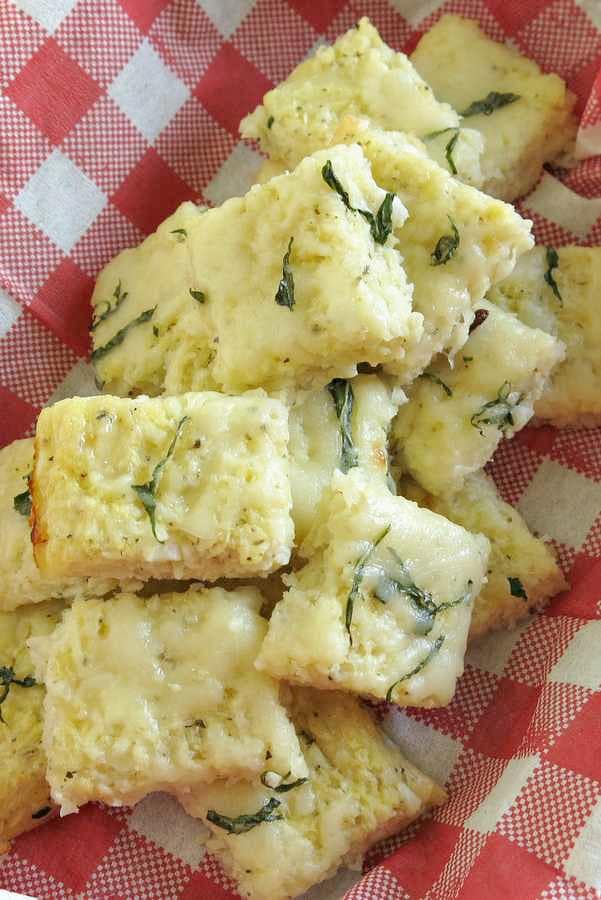 Please rate this recipe and tag @DinnerMom on social media. We love to see what you are cooking up. 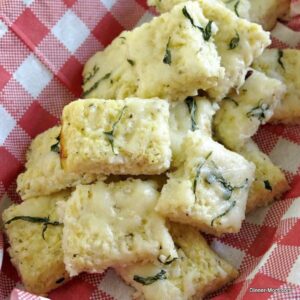 Grab the FREE Low-Carb Sauces Cheat Sheet and get more tips for a Healthy Kitchen Reset!