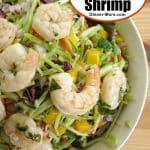 Margarita Shrimp bakes in a sweet and tangy marinade that is spiked with a splash of tequila and lime. It takes all of 30 minutes to make this easy dinner that can be turned into tacos too! 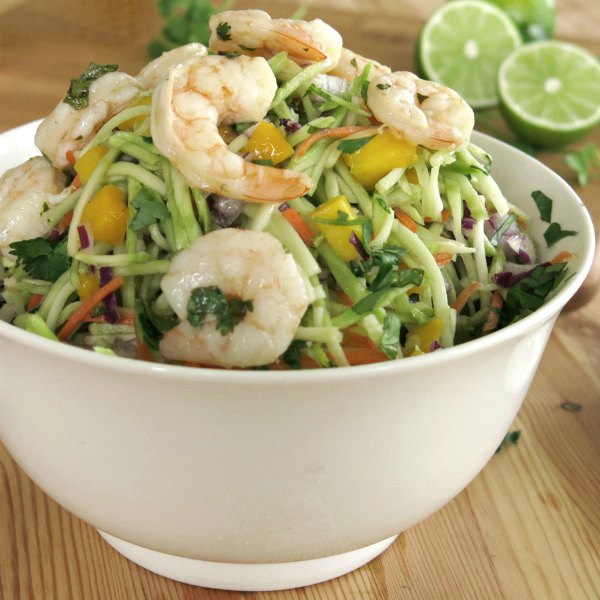 A good marinade can take a dish from good to spectacular and it's the secret sauce for this margarita shrimp recipe. Honey gives it sweetness, lime adds a touch of tart, cilantro and garlic add more flavor dimensions and a touch of tequila gives it the unique margarita twist.

Whether you're planning a tropical party, a Cinco de Mayo celebration or your just looking to shake up your dinner routine, this is your recipe for success.

To make the marinade, which doubles as the dressing for the slaw, mix together the following ingredients:

Don't let the alcohol scare you away. It's a very small amount and some of the alcohol evaporates in the oven leaving behind big flavor. Check out more about Alcohol Evaporation in Cooking by What's Cooking America.

You don't need a big bottle of tequila either. I used this tiny bottle that cost just over $1 (yes...really!) and I have some left over to make this recipe at least two more times! 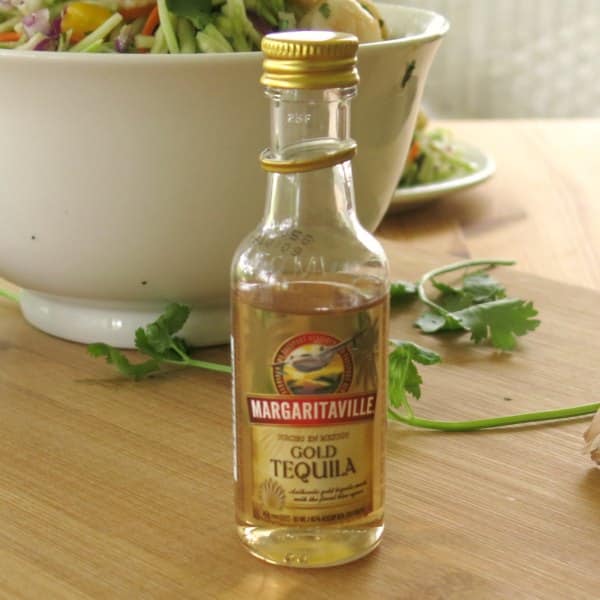 Marinate shrimp for about half an hour since the sauce has an acidic ingredient (lime) in it. We used medium-sized shrimp that are peeled and deveined with the tail-off. You can leave the tail on and use bigger or smaller shrimp. 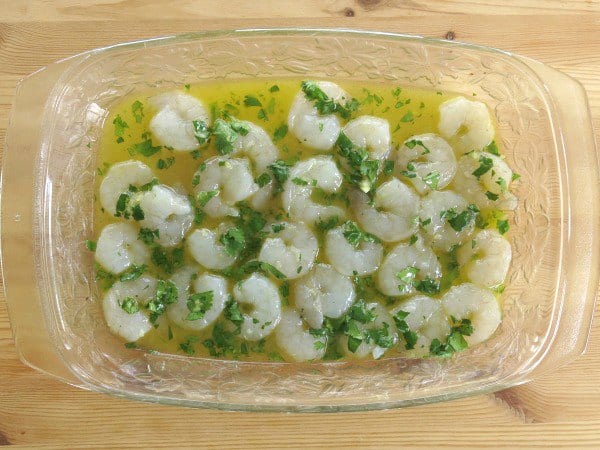 Bake shrimp for about 10 minutes or until done. Shrimp should be pink, pale white and no longer translucent. Another option is to pour the shrimp and marinade into a large pan and use our 10-minute Skillet Shrimp method to cook the shrimp.

How to Make Broccoli Slaw

To make the slaw, toss a pre-shredded bag of broccoli (or cabbage) with diced mango and red onion. 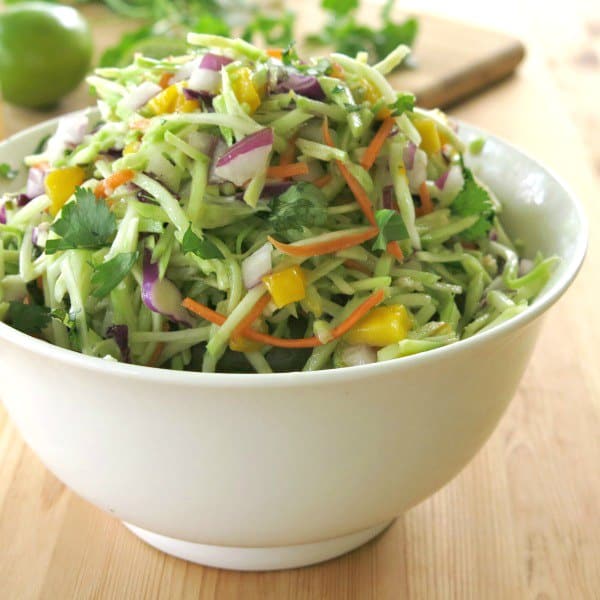 Not a fan of mango? Use pineapple instead. Any tropical fruit would work well in this Caribbean-inspired slaw.

The marinade also serves as a delicious dressing for the slaw. The shrimp bakes in a sea of marinade. When it comes out of the oven, drizzle the cooked sauce over the greens. Nothing goes to waste. 🙂

Note: Do not ever use marinade that has come into contact with raw fish or meat that has not first been vigorously boiled or cooked to temperature with the fish or meat. 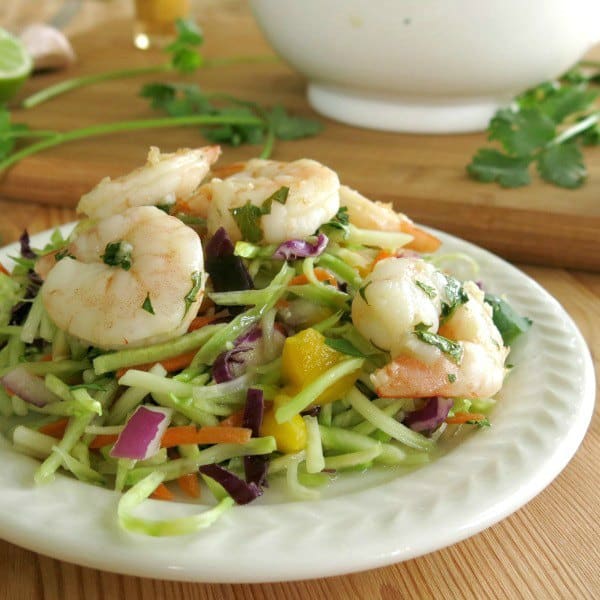 Plate Margarita Shrimp on top of the slaw. Or serve with toppings, such as Simple Guacamole Dip to make tacos or rice bowls. You can even leave the tail on and serve the shrimp as an appetizer with homemade cocktail sauce like this one from A Family Feast. 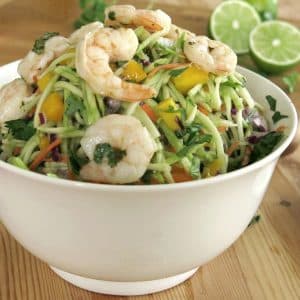