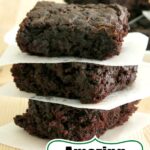 Chocolate Zucchini Brownies have a vegetable hiding inside, but you'd never know it! This recipe is naturally vegan, fudgy, healthy and delicious.

They're moist and have a rich chocolate taste! We love the magic of zucchini shreds so much in this recipe that we used them in Death by Chocolate Zucchini Muffins and Healthy Zucchini Muffins too.

Go ahead and indulge in one before dinner. You're eating vegetables after all. 🙂 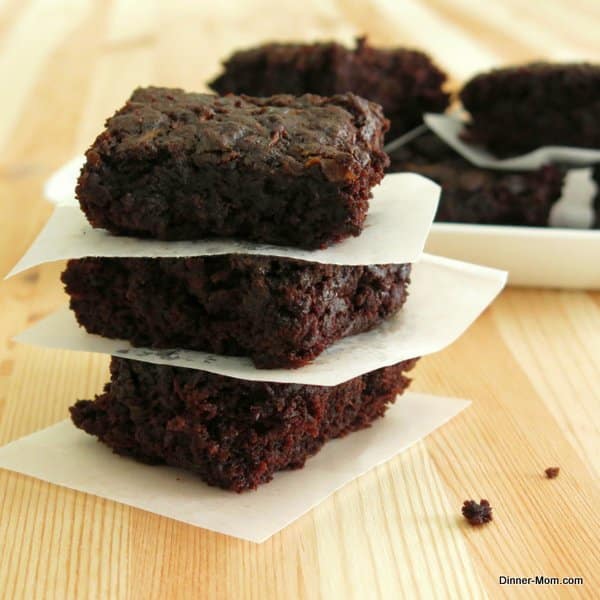 In case it's not obvious from posts on zucchini noodle alfredo or zucchini chips from the microwave, we're a little obsessed with this vegetable. It can do just about anything!

National Zucchini Day, happens to be on August 8th, but don't wait to try these!

Making these brownies isn't much different than making a traditional one, except that zucchini shreds are added and the result is a very moist and delicious treat! There's a video recap just before the recipe instructions.

To make the batter:

Bowl 1: Mix together sugar, canola oil and vanilla extract until well-combined and crumbly. We used a combination of sugar and a stevia blend in order to keep with the healthy theme of this brownie.

We used unbleached all-purpose flour to make the zucchini brownies pictured. We use whole wheat pastry flour these days.

Combine: Stir the sugar mixture into the flour mixture. It will have a crumbly texture as shown in the picture below. It won't feel like regular brownie batter at this point.

In case you're wondering, one bowl can be used instead of two. We find that the ingredients are more evenly distributed when we do it this way. 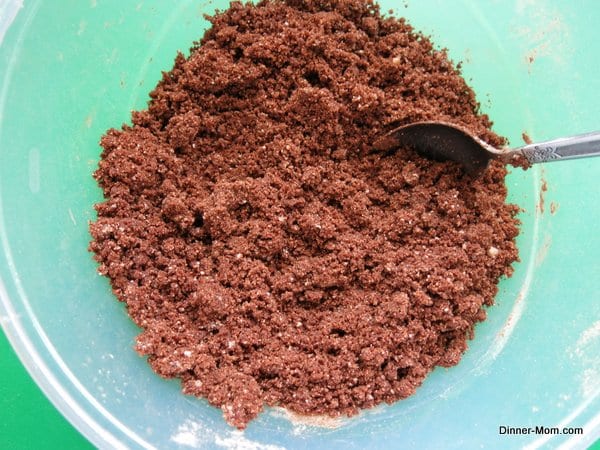 Grate a zucchini, skin and all, until you have two cups of shreds. We used one pretty large zucchini and had some leftover. If this happens to you, make Zucchini Egg Muffins or Zucchini Fritters with Feta!

Unlike other recipes, a little moisture is a good thing. There's no need to press out extra wetness. Usually.

Use a large-holed grater for the best results. If a small-holed grater is used, you might need to because you'll end up with more water. 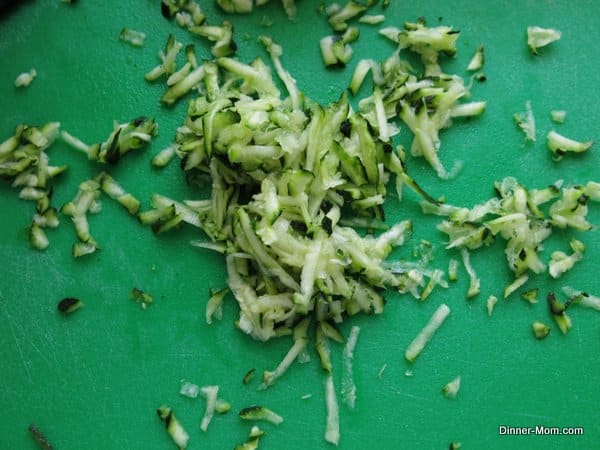 It's an important question so we are pausing to talk about it and view a picture! The batter will be thick.

Fold the zucchini into the flour and sugar mixture and stir until distributed throughout. The batter becomes wetter as the zucchini shreds are incorporated. So, stir well.

If for some reason the batter is just too thick, then add a teaspoon of water.

Scrape it into a baking dish. Have faith. A magical process occurs during the cooking process transforming the final product to a moist and chewy brownie. 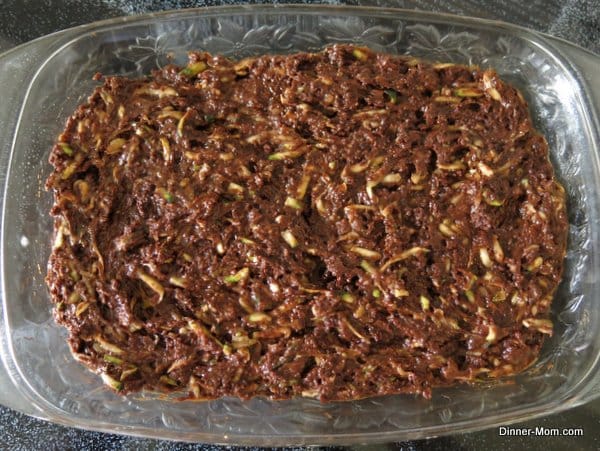 These chocolate zucchini brownies are the real deal. They are vegan, healthy and delicious. And, you can't taste the zucchini, despite what one of my darling daughters might tell you! 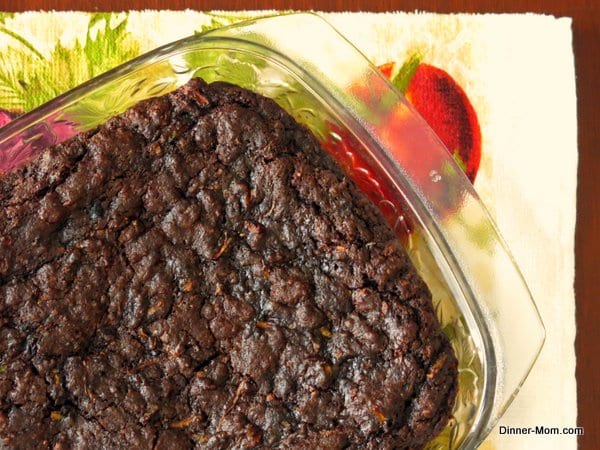 Video of How to Make Zucchini Brownies

There's no better way to eat your veggies than with these chocolate zucchini brownies. 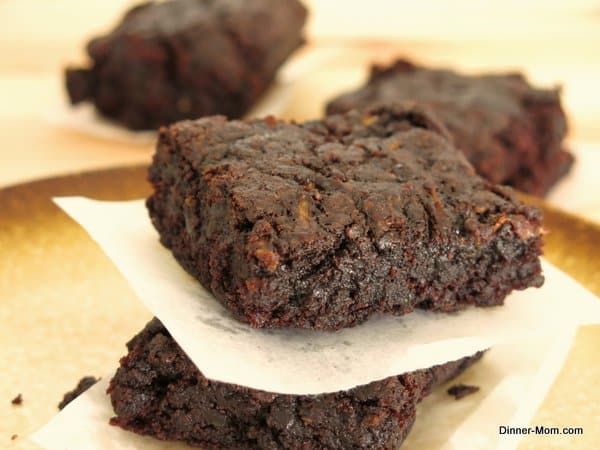 Please rate this recipe if you make it and tag @DinnerMom or #DinnerMom on social media. We love to see what you are cooking up! 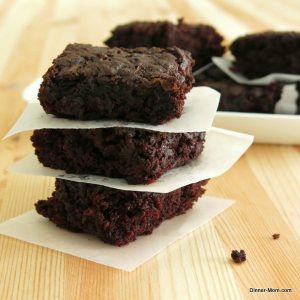 This recipe was adapted from a recipe found on AllRecipes. 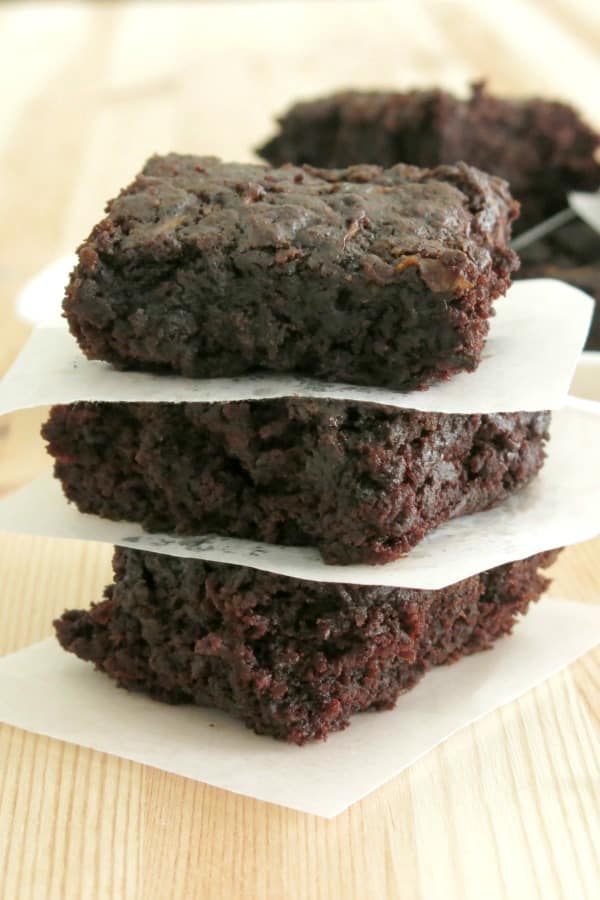